It’s a great pleasure for me to be able to recommend three great festivals on Funen.

I have chosen to focus on what I have experienced and had great fun with – typically what you would categorize as "love hippy festivals", where you can meet up with like-minded and listen to music and partyi in a personal and intimate setting. Things you could easily miss in a time, when major new international festival concepts are being brought to Denmark.

My three picks range from the really quirky, hippie-ish festivals into something more like the established music festivals, but still with the heart in the right place.

We start the hippie journey in Hesbjerg. My first recommendation is “Gøglertræf” (Circus Rally) in Hesbjerg, which takes place in the start of August. Here you can enjoy both entertainment and circus, cooking and live music. And Hesbjerg is incredibly beautiful. Sitting around the campfire with a little spliff and watching the stars above can be highly recommended. also, the festival is very family-friendly, so if you bring your kids you are guaranteed great entertainment for them as well. Music wise, genres range from pleasant folk to music in danish. 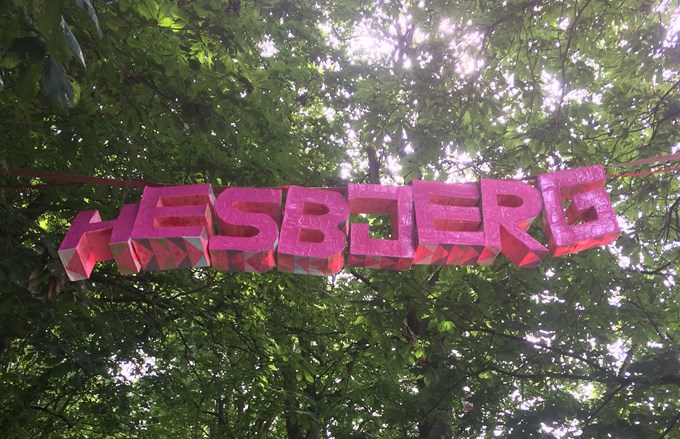 If you move ever so slightly from the more sloppy hippie-like festivals to the more activist and cheeky department, then course is set for Fællestival; the psychedelic late-hippie festival of Southern Funen. Fællestival is a 100% non-profit festival. The title means “Common Festival”, and it is really a festival of pure community spirit where everyone contributes and helps to create a great event. This means, among other things, that everybody is cooking the meals together, conducted by a competent kitchen crew who put together a fantastic menu. Last time I was there, we baked lamb clubs in large excavated holes in the ground, it was pretty awesome. I have played  at the festival several times and enjoyed the crazy community that arise in such a place. Musically it is in the somewhat more progressive department, and this year the festival seems to have a special focus on underground acts from the metal scene as well as some electronic music. But I wonder if there won't still be room for some crazy bookings? - There usually is!

For the more postmodern hippies, who pay for their own food and sleep in their own tents (unless...), but want to experience the spirit of "the universal 60s festival", the Love In, Festival On Skarø is an unforgettable little gem. Lasse Bekker, journalist, Skarø inhabitant and entrepreneur, has managed to transform what once was a little annoying sailor festival with miserable copy music to a serious contender for the title as leading music festival on Funen in just a few years.

Located on the incredibly small and incredibly cozy island Skarø in Svendborgsund, Lasse and co. has put up a wonderful little festival. It literally takes place in Lasse’s own house and garden and is inherently surrounded by water on all sides. So if you get a little light-headed, you can go for a swim and get your mind dusted off a bit after a hard night.

The festival has had an impressively large number of guests; not least because of the combination of both gambled and safe bookings which really is the heart of the entire experience.

Love In, Festival of Skarø

Have a nice summer! See you out there in the Funen summer!