What to bring along to Mars?
Longread | Written by: Henrik Kragh | Monday, August 9, 2021
Read more

A half a year ago I crashed head-on into a tree in a wood as I was riding my mountainbike. It hurt – especially because I have been biking since 2001. But nothing is so bad that it ain’t good for something. I was not allowed any screens, but sounds and walks were okay. So I engaged in those two things.

On my long walks in Odense I mostly listened to podcasts on quantum physics, UFOs and outer space. Finally I had time to indulge in my interests.

My conclusion so far is on the one hand hand that there is without a doubt life in outer space. The likelihood that there isn’t is simply too minimal. Maybe we even have had visitors without knowing it and this is where quantum physics comes into the picture. Secondly, I am quite sure that mankind will one day settle in space. Most likely Mars will be first and I want to go along.

The distance to Mars is 55.758.006 kilometers and with thermo nuclear rockets the trip should last less than a year. However, we still don’t know if humans will be able to endure such a trip.

In order to make the mission to Mars more endurable, I suggest that each passenger must bring with him or her four things from the towns they travel from. These would then be recreated on a giant laser printer and placed in the settlement. If we agree that, say, the 9th of August will be the date of departure, what things would I then bring along to Mars? Four things that mean to me, that I am still living in Odense after 25 years. And four things that I would be proud to show others and, maybe, to aliens from outer space. My bike, of course, is coming with me.

1) Muus Garden – Wonderful park area surrounded by beautiful apartment blocks from the 50s and big green trees that I myself have been using on a daily basis for 20 years. Lots of opportunities here – soft hills for sleds, playgrounds, wide plains for frisbee and chill, dog training, yoga and a lot of friends for yours and mine new puppy. Also, Muus Garden is the gate to the eastern part of the river path, which is the most attractive one.

2) Theater Momentum – In truth, I would like to bring all cultural institutions with me. But Momentum has just got everything – theater, music, talks, festivals and a cool sense of style and atmosphere, where one can just chill out. Theater Momentum has changed Odense more than any other cultural center.

3) Det Gode Brød – my favourite dish is bread and for the last 20 years I have picked it up from Det Gode Brød. All their cake and bread have been baked with love in a wholly ecological and sustainable process. Try rice bread and bring it along to Muus Have.

4) The chill tempo – during my education at SDU I went to Berlin for a year to study at Humboldt University. When I got home I realized that I had missed the tempo in Odense. I do the same after only one week in Århus or Copenhagen. Odense is becoming a big city. But I truly hope that it will be a big city in a moderate tempo, where there is still room for biking and walking slowly without having a croissant thrown in the neck. Odense will always be a provincial town and we should take pride in that. Rather kick back than stress out.

See you on Mars! Don’t forget your bike


Close
On the right to criticize without an alternative

The last few years it has been possible to detect a growing criticism of - and perhaps even outright negativity towards - the transformation our city is undergoing.  Byens Ø, T. B. Thriges gade, etc. The article Bygges Byen Bedre? (Can the City be Built Better?) from earlier this year is just one example of this, while a group like Bevar Siloøen (Preserve the Silo-Island) is an example of a group that might be termed actively critical of transformation itself.

A few months ago, I attended a series of talks about civic activism and urban transformation with a focus on architecture. First of all, I learned a lot by being there. But I also became aware of a dynamic that I hadn’t noticed before: That those who take a critical stance toward modernization and transformation of city spaces are unfairly expected to provide alternative solutions along with their critiques.

The Demand For An Alternative?

By which I mean to say that while a group or individual who opposes a particular political decision may well have a stronger case if they are able to present an alternative, it cannot become a prerequisite that in order to be allowed to criticize a decision, a citizen or citizen’s group must at the same time also be able to formulate a solution which has measurably better outcomes than the original proposal.

There are a lot of good arguments to support this stance, but I’m going to present two that I hope can set a proper tone for discussion the next time two conservative city councilors sneak in the back door and hijack an article about urban transformation in order to score a few cheap points on the citizen-engagement-scale.

My ambition with this article is to inspire reflection about political engagement. Regardless of whether the debate concerns our surroundings or the infrastructure and service we get for our tax kroner, we have a right to an opinion about the city in which we make up the population.

Imagine a random person; or perhaps rather imagine an average person. This average person has an array of skills, among which are an ability to solve Sudokus. It turns out she isn’t entirely average, however, because she loves solving Sudokus and spends 3 hours every weekend solving these Japanese math puzzles. Her constant training has the effect that she is now a mid-level Sudoku-loving Sudoku- solver. 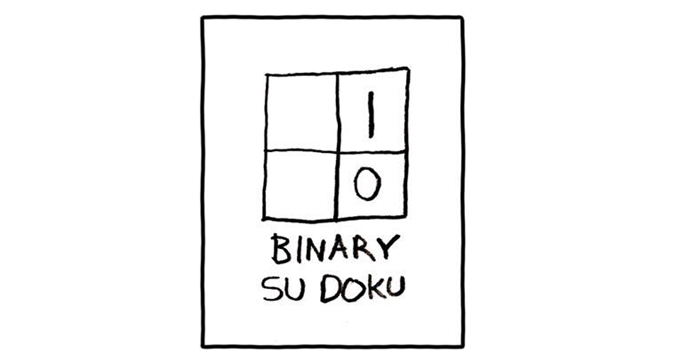 This average Sudoku-lover subscribes to her paper precisely because it has made space in the back pages for no less than 3 Sudokus. She buys the paper Saturday and Sunday and as a result spends a half hour reconfiguring numbers in the squares of each Sudoku over the course of a weekend.

One Saturday morning she discovers to her great disappointment that the three Sudokus have been reduced to one, in favor of an expansion of crossword puzzles over her beloved math puzzles.

She immediately sits down and writes a complaint to the newspaper she had otherwise enjoyed for so long. In this mail she declares that she is prepared to find another paper if they don’t reinstate the three Sudokus and immediately banish the imperialistic word game to the corner which had been good enough for it all these years. On Monday morning, the paper answers that the change is due to a notable drop in the number of Sudoku-solvers among their readership and that crossword-enthusiasts once again outnumber Sudoku-solvers.

The slightly cheeky customer support employee who is manning the keyboard this particular Monday morning tells the Sudoku-lover that she is very welcome to come up with a better alternative, which he can pass on to the back-page editor. The Sudoku-lover naturally declines, feeling that she has a lost cause on her hands.

But what neither the employee nor the Sudoku-lover know is that recently a number of newpapers and weeklies have been in the process of an aggressive marketing push specifically targeting the Sudoku-solving segment because they actually represent a larger customer base than crossword-enthusiasts.

Thus, the Sudoku-solver had in fact unknowingly presented a better alternative, but since none of the involved parties could evaluate the proposal in light of relevant data, this never became apparent.

Another, more academically based line of argument takes its genesis in sociologist and political theoretician, Jon Elster’s concept of Adaptive Preference Formation, which denotes a mechanism in the human cognitive system. 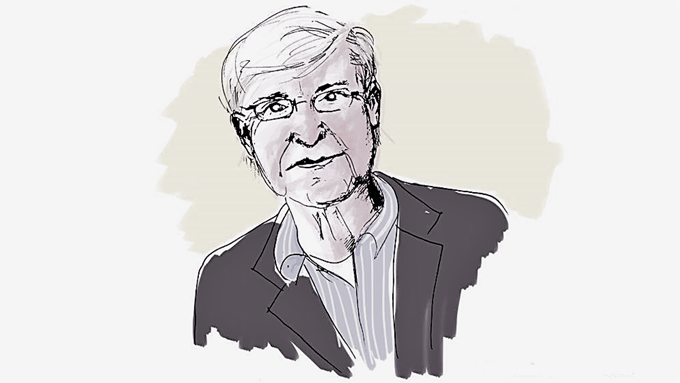 In an oft-paraphrased anthropological study supposedly stemming from the middle of the 19th century, a group of scientists note that slaves in the American south’s cotton fields don’t seem to have a burning desire for freedom. When asked about their wishes, most answer – quite contrary to expectations- things like more food, better sleeping arrangements, etc..

The study has since been taken to show how we humans adapt our desires so that they exist within a more realistic framework. And thereby, that our circumstances determine our desires, which combined with the aforementioned study explains why slaves weren’t able to formulate a desire for freedom until their outer circumstances changed enough to allow it to be experienced as an actual possibility.

The veracity of this supposed anthropological study has been called into question many times, but none the less it serves to illustrate the mechanism which Jon Elster brings up, and which he quite convincingly argues exists in us all.

When you have to make a decision, you do it from an incomplete list of possibilities. If, for example, I have to move because I am being evicted from my current apartment, I make a list of possible solutions in my head and take my immediate choice from it. In spite of the incompleteness that characterizes this list. I hadn’t considered the possibility of living in Odense’s harbor before someone built apartments there and I hadn’t thought of the neighborhood around Skibhusgade before a friend of mine showed me that this was a place you could actually live; Just to name a couple of banal examples.

I haven’t mentioned Elster merely to point out that we make choices from incomplete sketches of our possibilities, but to bring attention to the fact that there are systematic flaws in the sketches themselves. When in a given political discussion we are asked to propose an alternative, we have to be aware that this alternative - according to Elster – is very rarely visionary, because visionary solutions are by nature unrealistic alternatives.

Obviously it can’t be my duty as an ordinary citizen to have to show  the tax ministry how to run its affairs, in order to be justified in criticizing it. And it cannot be my job as an average person to construct a local development plan that ensures reasonable construction in Odense’s harbor, in order to have the right to say that they currently have the wrong priorities. It is without a doubt my right to present objections toward any – from my point of view – unwise proposed solutions.

And that is precisely the point. Because the slaves who weren’t able to conceive of freedom– whether or not they were fictional –  were no less deserving of it. It has to be ok to voice a criticism, without single-handedly being able to propose your own alternative solution.

The hope is that the Visionary one day hears this cry and helps to formulate a viable alternative. But in order for her to hear it, it is important that the critique be allowed to ring out, loud and clear.